What is the ADA?

"We're working with hundreds of companies on adopting the act... We look at it as providing an expanded workforce pool."

Signed into law by President George H. Bush on July 26, 1990, the Americans with Disabilities Act is a landmark civil rights law that prohibits descrimination in employment, purchasing goods and services, and participating in state and local government programs and services. 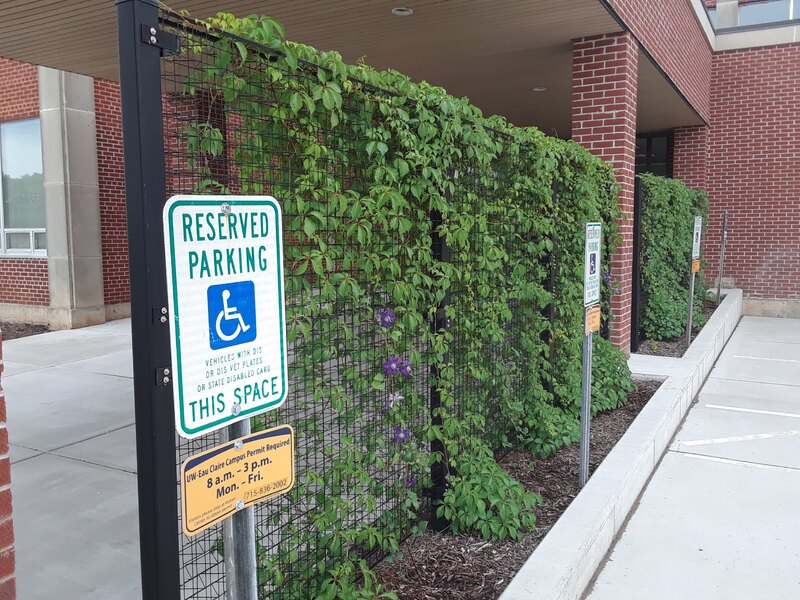 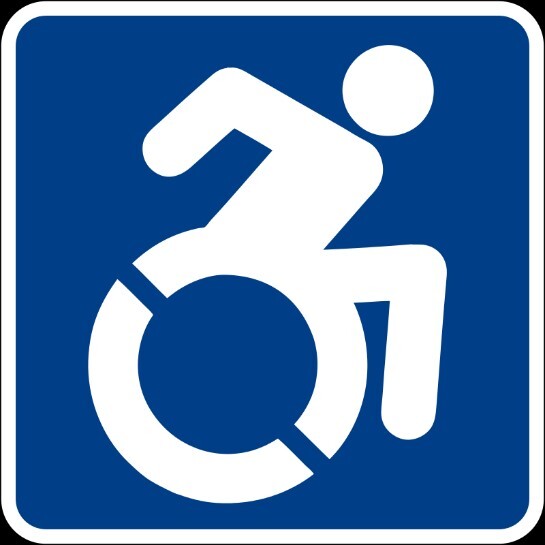 The international symbol of access, featuring the white outline of person in a wheelchair against a blue background, is seen on these signs found on the UW-Eau Claire campus in this June, 2020 image (left). Some disabilities rights advocates support the adoption of a modified symbol focusing on an engaged person in a wheelchair with the same blue background of the older International Symbol of Access (right). The new sign is still not widely adopted in the United States. 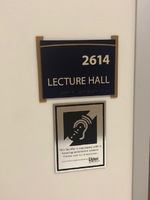 The ADA defines a disability as a physical or mental impairment that substantially limits one or more life activities, a history of such impairment or being perceived by others as having such an impairment. Approximately 20% of Americans have a disability. Examples include people who have recovered from cancer, people who are deaf, and people who have bipolar disorder.

Efforts to support individuals with disabilities are visible everywhere, but often go unnoticed. In the image here you can see a  sign indicating the presence of a hearing assistance system in the building.

Universal design includes thinking about access for everyone from the beginning of any planning process. For example, both physical and digital elements of the iPhone are designed with access features for all users. While universal design is now incorporated into many projects, older structures and projects can also be made more accessible through renovation, revision, and retrofitting. 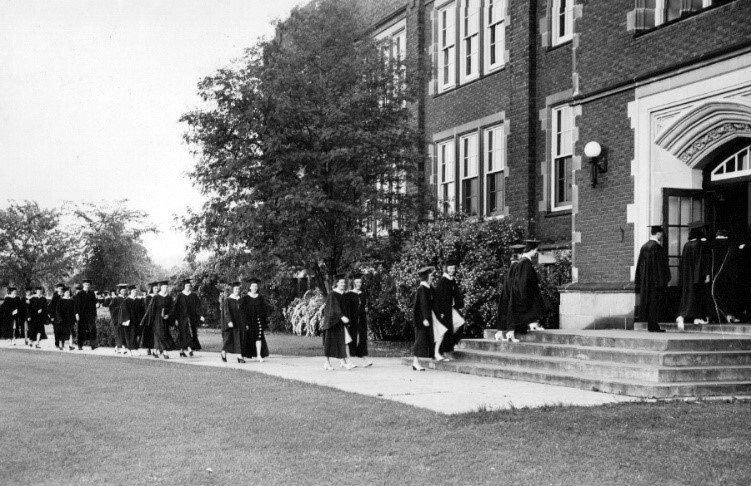 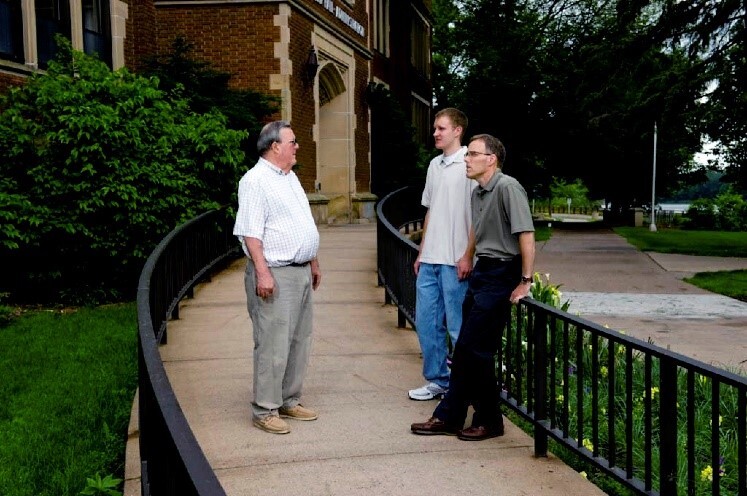 Constructed in 1915, Schofield Hall on the UW-Eau Claire campus features steps leading up to the main entrance. These steps can be seen in the images below, one from the 1940s and a second from 2009. A concrete ramp and elevator were added to provide greater accessibility to the building. In the 2009 image you can see a group of three men standing on that access ramp.