Since the opening months of 2020, the COVID-19 pandemic has altered daily lives of populations both urban and rural across the globe. The virus has killed millions and sickened millions more worldwide, while new variants and vaccine resistance leave the future uncertain. It is a public health crisis on a level not seen in over a century, although many aspects of the pandemic—and reactions to it—reflect patterns seen in the past. 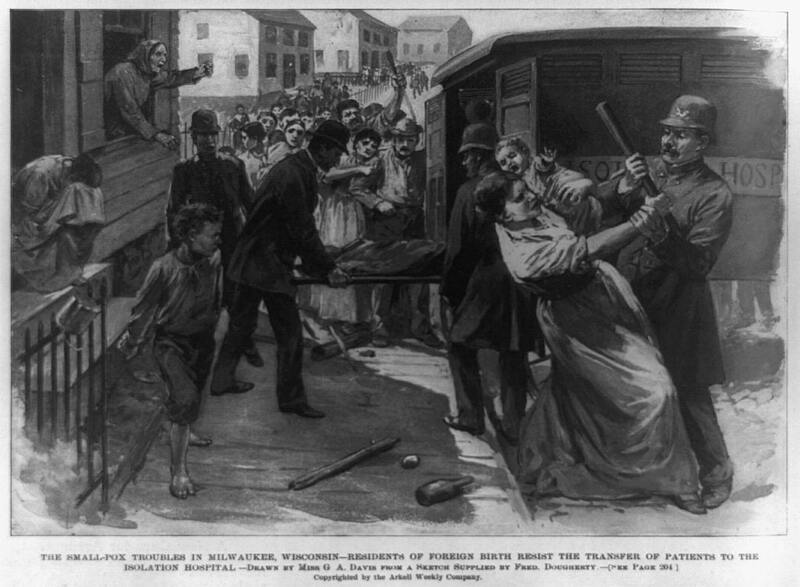 In 1894, riots broke out in Milwaukee WI, in response to measures to halt a smallpox epidemic. Newspapers reported crowds called for the execution of public health officials, proclaiming “the people's rights were paramount and should be protected.'' Comparisons to present-day rhetoric rejecting preventative measures against COVID-19 are undeniable. The story also begs the question of what was happening outside urban spaces in Wisconsin. 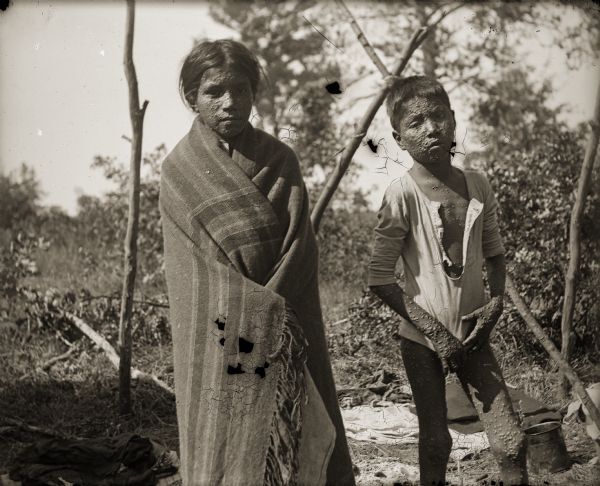 As protesters resisted quarantines and a vaccine to control smallpox in turn-of the-century Milwaukee, Indigenous populations in rural Wisconsin continued to suffer the ravages of the very same disease. Yet, we know very little about the experiences of the latter. Why are some stories remembered, and others forgotten?
This exhibit aims to address some of these silences, to illuminate histories of rural people during public health crises from the early 20th century to the present, and in the process, expand understandings of what constitutes a crisis of public health.
Next