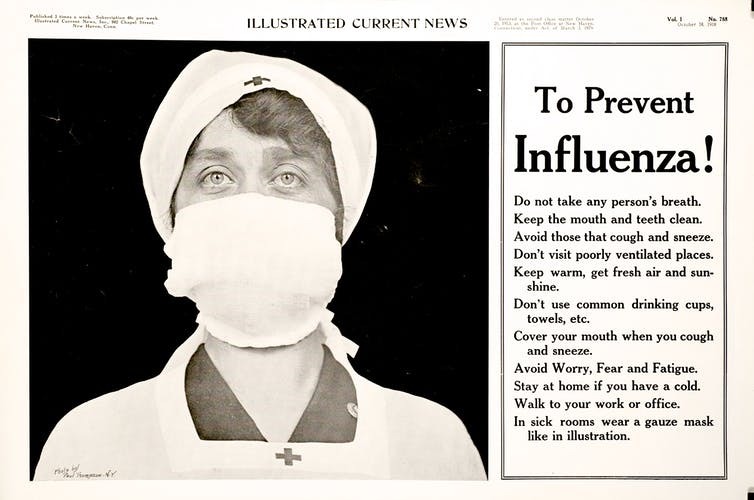 The resistance to wearing masks seen during the COVID-19 pandemic was also present during the 1918 pandemic. This Red Cross poster urged the public to wear masks, as well as practice other  tips to prevent the influenza pandemic.  The National Library of Medicine/NIH.

In many ways, the flu pandemic of 1918 was a precursor to COVID-19. It was the first global pandemic in an increasingly connected world, and while this led to a staggering death toll, it also led to changes in public health, as communities tried to minimize the spread. Caused by an H1N1 influenza A virus, the pandemic became the deadliest of the 20th century.
Unfortunately, governments across the globe—including the United States—largely ignored the crisis. The nation's entrance into the First World War proved to be a major distraction. Wanting to keep citizen morale high and focused on the war effort, the Wilson administration and national media across the globe downplayed the pandemic’s impact.  Spain remained neutral during WWI, and were one of the few countries to communicate accurate information to the public. As a result, an influenza pandemic that likely originated in Kansas (site of the first confirmed cases in January 1918) became incorrectly known as the “Spanish Flu." 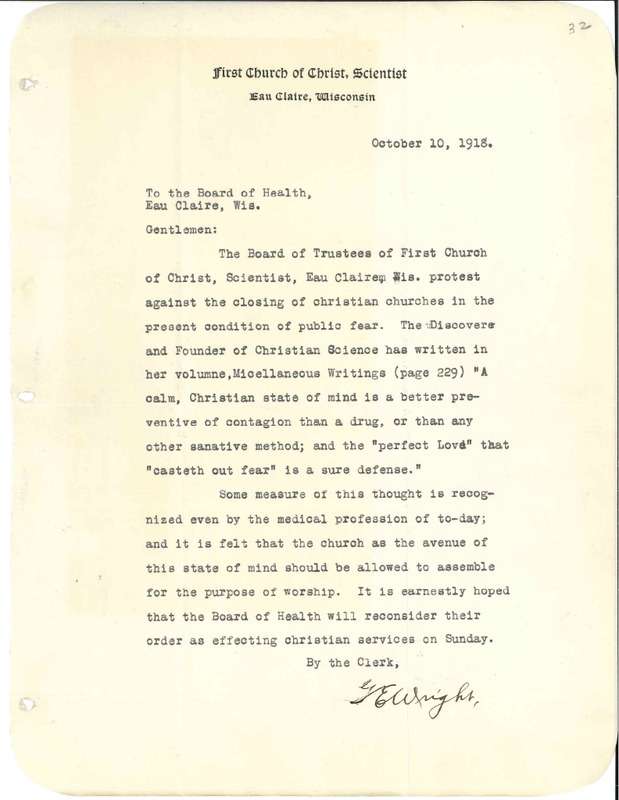 Letter from the Church of Christian Scientists protesting the closure of churches in Eau Claire by the Board of Health. UWEC Special Collections & Archives. 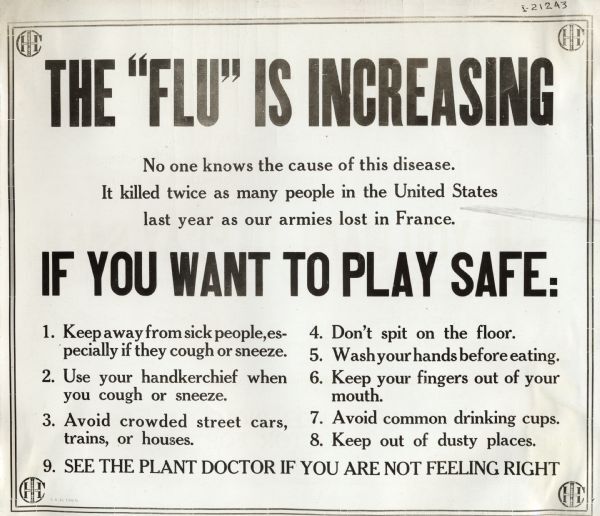 International Harvester Co/Industrial Health and Safety sign or poster informing factory workers of the symptoms and prevention of the flu or influenza. 1918. Wisconsin Historical Society.

The 1918 flu struck indiscriminately, infecting people of every community. However, the people who were hardest hit were poor communities, especially minority groups who lacked access to medical care. When a community is left to ‘fend for themselves’ without support from the rest of society, the results can be devastating, as many such communities could not afford medical care.
Although the State of Wisconsin offered some support to its municipalities, the Federal government under the Wilson administration provided virtually no help or guidance in combating the flu, which had deadly consequences. In the end, four waves of the pandemic, spanning from 1918 to 1920, had claimed the lives of  roughly 675,000 in the US, and 50 million worldwide. 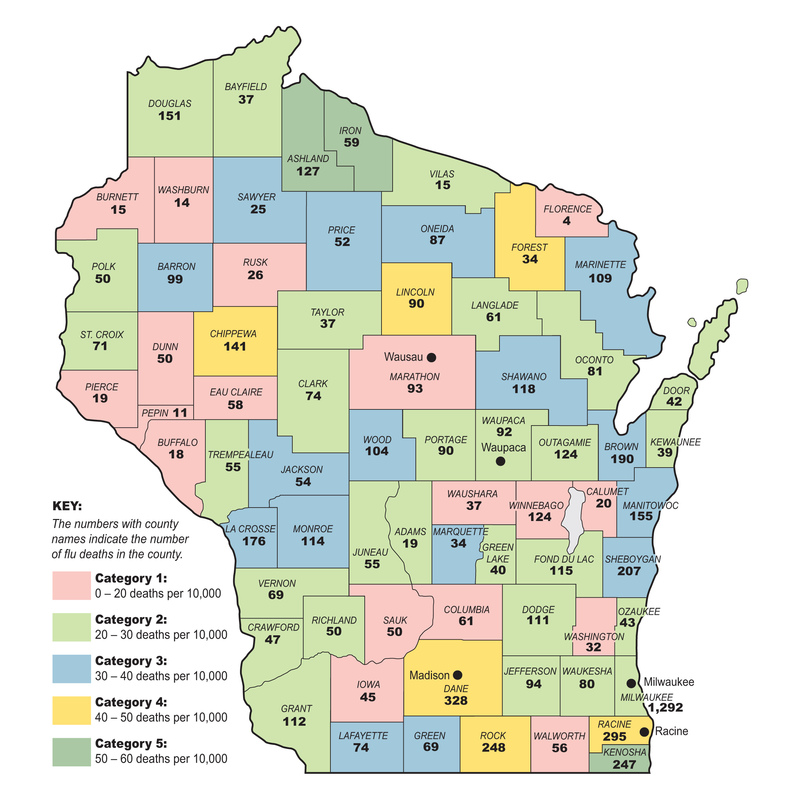 Map detailing the number of influenza deaths per county in 1918 in WI. Data from the State Board of Health, Annual Report, 1919–1920, including the report for the Bureau of Vital Statistics for 1918–1919. Kenneth A. Miller/Wisconsin Magazine of History

A hand-drawn chart of influenza cases per week as well as a chart of monthly influenza death totals. UWEC Special Collections & Archives.