Life after Hormel: the adventures of Eleanor & Grace

Eleanor Jones left the Hormel Girls in 1952, noting that she felt a lack of opportunities. For Eleanor, her passion was in music rather than advertising.  After leaving the group, Eleanor remained busy with higher education, work, and expanding her travels abroad. 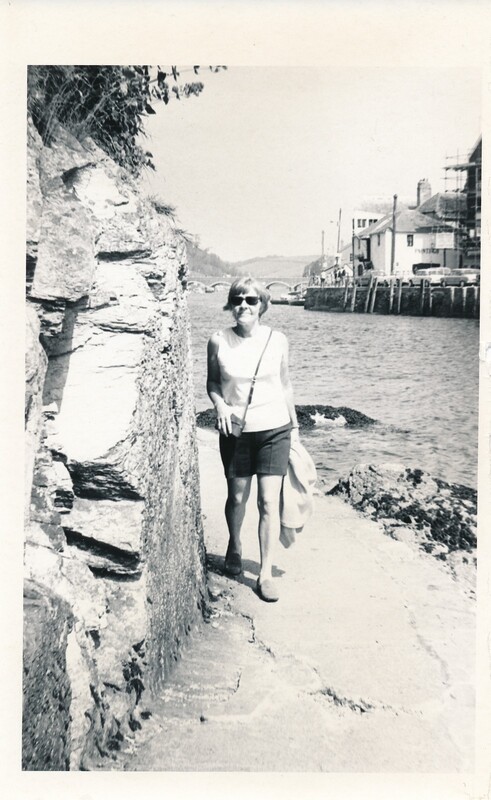 “After four years of suitcases, travel, and concerts, I left sort of midstream. I began to realize there wasn’t much chance of making it in music as a woman, especially in brass.”

-Eleanor on leaving the Hormel Girls

In 1953, Eleanor attended the University of Wisconsin-Madison, where she earned a Bachelor's degree in creative writing with a minor in French. Afterwards, Eleanor accepted a job with NBC in Eau Claire, working as a copywriter for the radio and television station.

She later went on to work as a professor for the English department at the University of Wisconsin-Eau Claire, where her best friend Grace also taught courses. In addition, Eleanor worked for the UW-Extension office in Eau Claire, often travelling to different counties to discuss what the community could do better on while using her photography and writing in her slideshows. 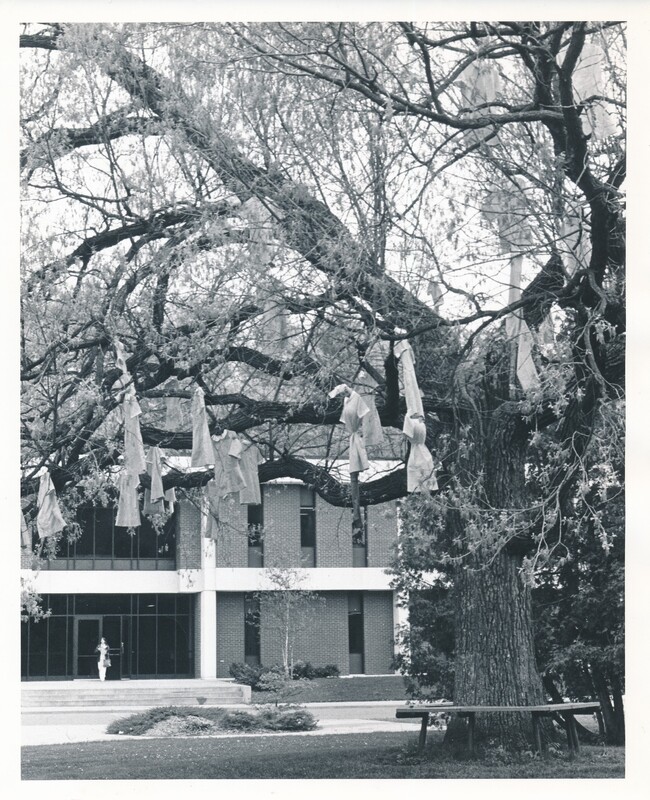 Photo Eleanor snapped during her time at UWEC, showing the nursing building with graduates’ scrubs hanging in the trees, a tradition for nursing students at the time. UWEC McIntyre Library Special Collections and Archives.

The two life-long friends invested in a home in Eau Claire, and often travelled together, heading to France, Greece, Belgium, and England numerous times.

"I would encourage others to go after adventure, to grab it when it’s offered to you."

- Eleanor in 2017, on the ways her life was changed by joining the Hormel troupe

Recounting their decision to move in together, Eleanor remembers having to convince Grace, who was scared "about what people would say." At a time when it was rare for a woman to choose a path different from a nuclear family, two unmarried best friends living together may have seemed strange to some. But ultimately for Eleanor and Grace, outside perceptions could not dim the incredibly strong bond the women shared, and the friends moved in together, sharing a home until Grace's passing in 2017 at the age of 97.

At a 101 years old, Eleanor remains in Eau Claire and still looks back fondly at her and Grace's life-changing experiences traveling with the Hormel Caravan. “If I hadn’t had those experiences, I think my life would have been very dreary," she said. "It got me out into the world.” 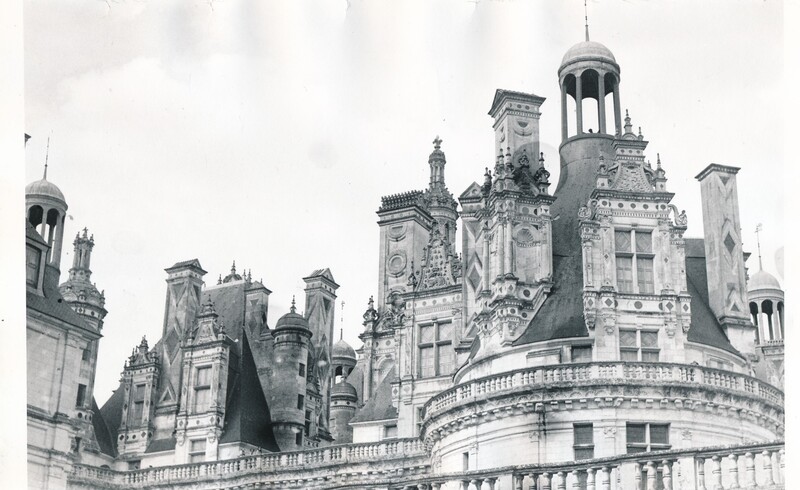