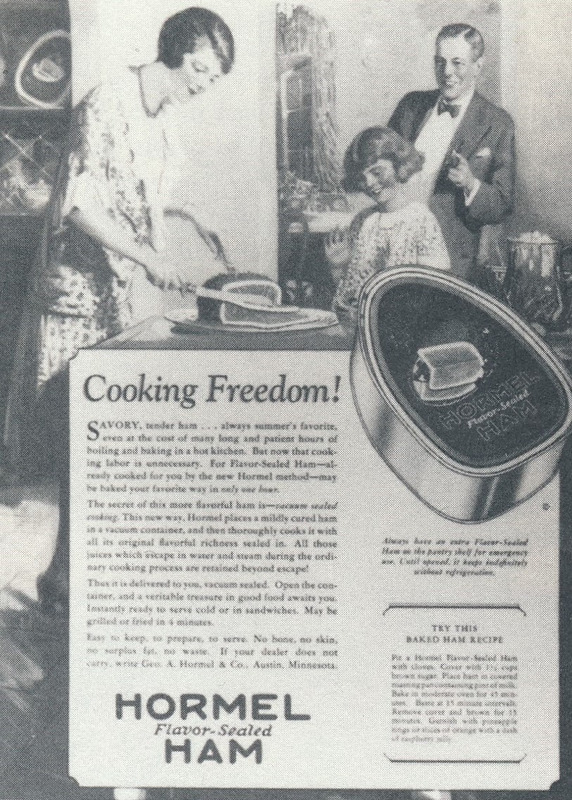 During WWII, 90% of goods produced by the Hormel Corporation went to feed the military, as the armed forces purchased 150 million pounds of SPAM. This extended exposure to the products and affiliation with them being the base for dietary needs caused many soldiers to continue buying them after their return to the U.S.

As the president of Hormel foods (from 1929 to 1954) and a veteran himself, Jay Hormel appealed to this connection with veterans, tying the Hormel coropration to military service by advertising in service-related publications. 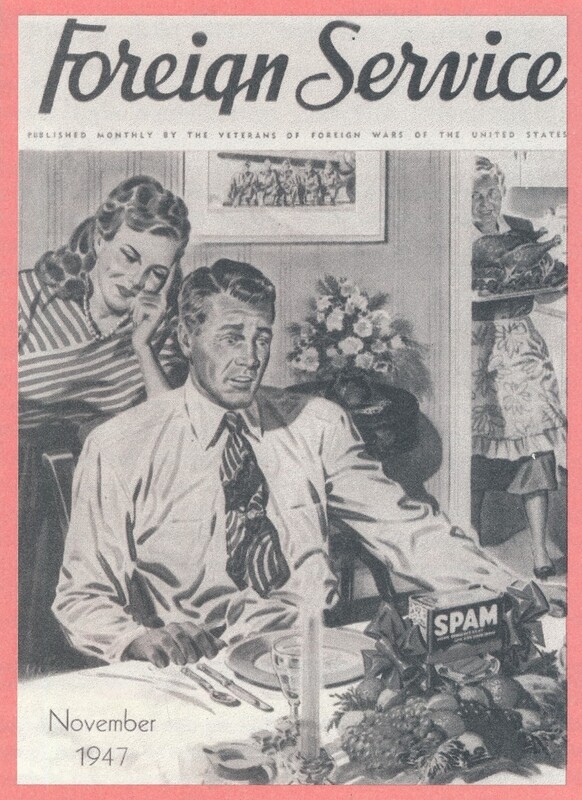 After the end of the war, the way companies tried to appeal to consumers began to shift. Prior to the war, advertising for food especially was focused heavily on the product itself, relying on paragraphs testifying to quality to sell the product.

Post-war, many companies began to make the ads simpler, affiliating their products with something consumers trusted in place of written testimony.

With patriotism and recent victory fresh in their minds, the military became advertising's de-facto stamp of approval.

SPAM's continued presence as a staple for Allied troops during the war, alongside Hormel advertisements linking the company with American ideals of freedom and service, created an immediate association between Hormel products and patriotism. After the war, Jay Hormel furthered this connection by forming the Hormel Girls in 1946, a band comprised of women veterans. 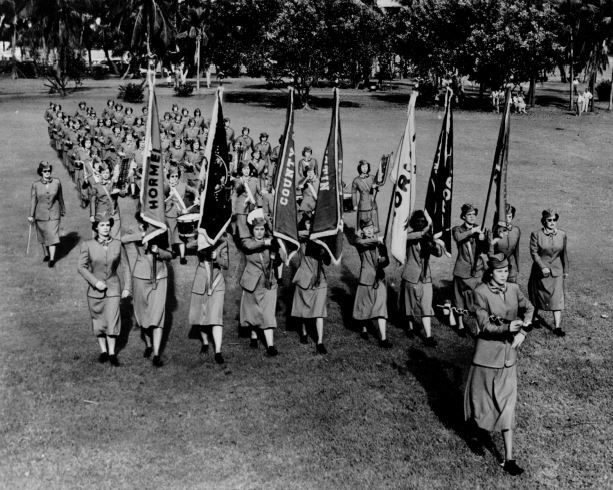 Beginning in the late 1940s and into the early 50s, a transition occurred in marketing techniques. Companies began to appeal to more than people's sense of patriotism, but also to standards of female beauty.

For the Hormel Girls, what began as a company-funded woman veterans' military band became a marketing tool composed of young and attractive women singing and traveling around the country to sell Hormel products. The use of women, their appearance, and sexuality and femininity to appeal to consumers played into a marketing technique that exists to this day, often referred to simply as "sex sells". 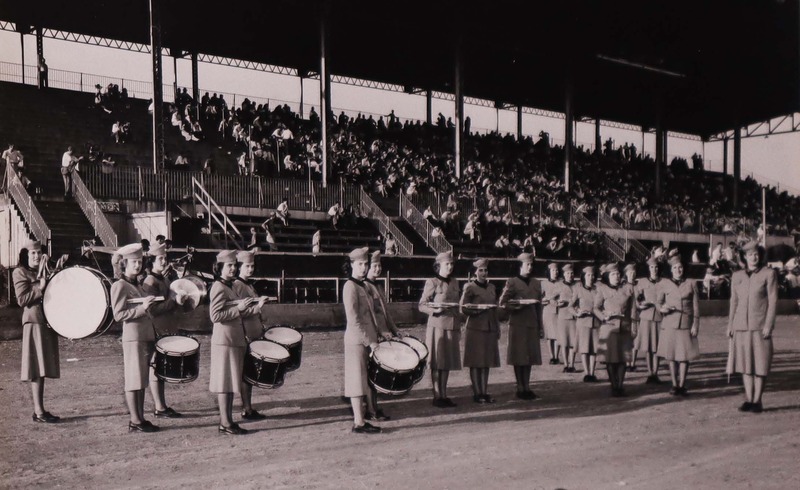 In the beginning, the Hormel Girls’ band uniforms were similar to those they wore during their military service. However, over the course of the band’s tenure, one can see a distinct transformation in their concert attire. There is a shift from formal, military-inspired dress to informal and even flirtatious or revealing outfits.

Since the early days of the group, the ways in which the Girls' clothing was regulated was apparent in letters Eleanor Jones sent her parents. Commenting on the regulations for their military attire and appearance, in 1948 Eleanor writes: “after we had put on our uniforms we couldn’t sit down, so consequently we stood in new shoes for three hours. Our feet and legs were numb with fatigue.”

In the same correspondence, Eleanor notes that the ensemble’s director, Mr. Backnodt,“treats us in the most unbecoming manner.” 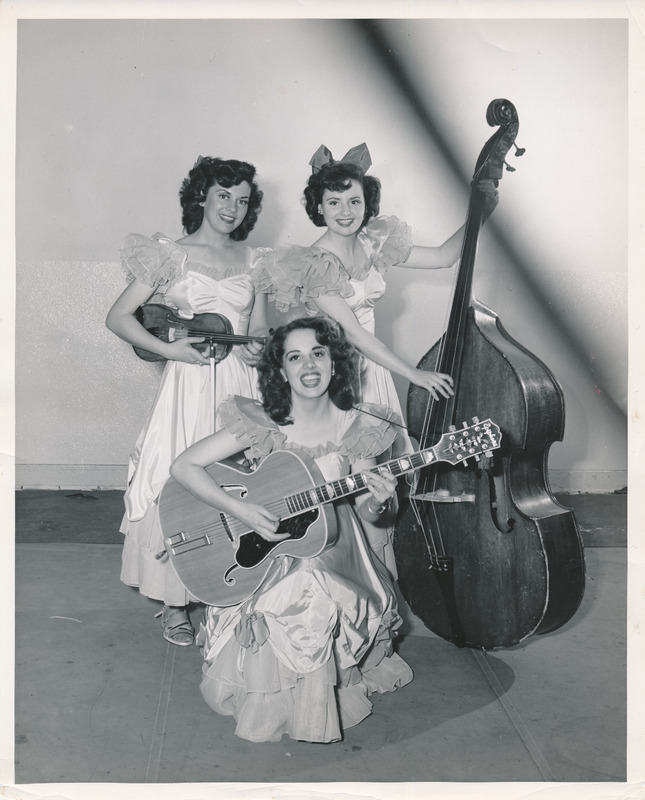 Three of the Hormel Girls pose for a photograph with their instruments. UWEC McIntyre Library Special Collections and Archives.

In the space of just a few years, the Hormel Girls moved from crisp, austere military uniforms to dresses with feather accents, sequins, mountains of tulle, plunging necklines and lots of leg. The change indicates not only  a conscious choice by the Hormel company to leverage the band’s femininity and sexuality to increase sales, but also a larger cultural shift in societal norms and gender expectations in the US. The use of sexuality—for women, men, and even inanimate objects—to appeal to consumers and sell products is still very much a part of advertising today. 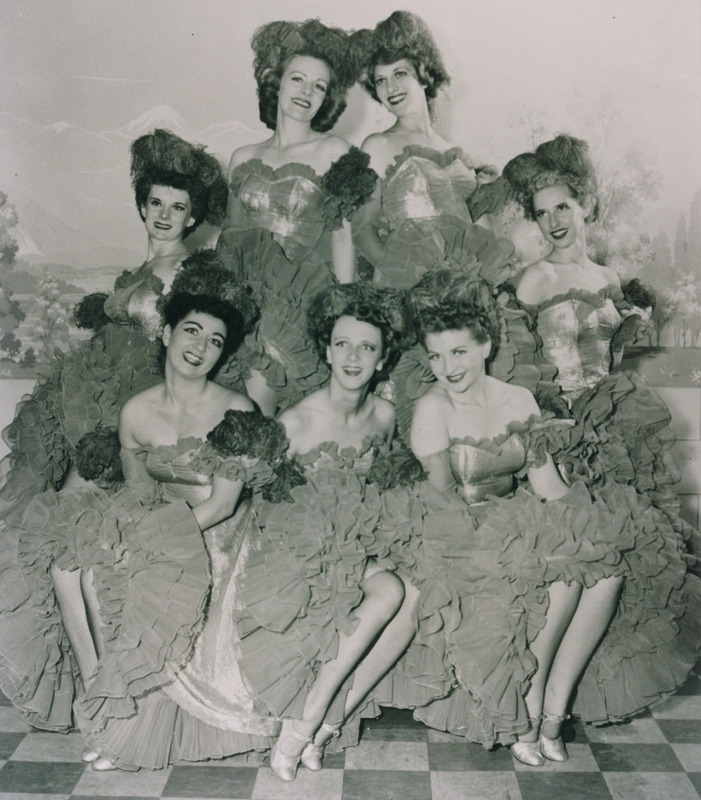 A group of Hormel Girls pose before a performance. UWEC McIntyre Library Special Collections and Archives.