More than Just a Show: Identity & the Hormel Girls 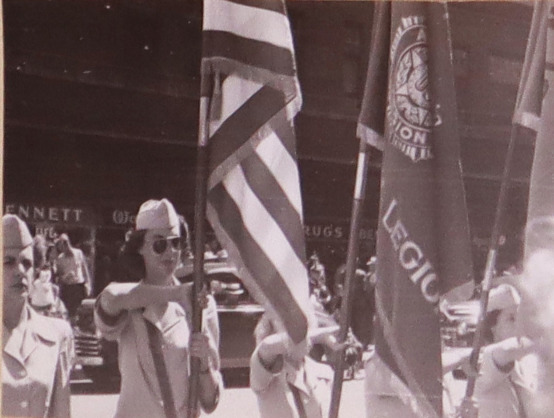 Two women from the Hormel Girls standing at attention, while two more are holding flags in the upright position. UWEC McIntyre Library Special Collections and Archives.

Many aspects of the Hormel Girl Corp drew directly on their identities as veterans. Not only by referring to their group as a “Corps,” but even in the structure and norms of their daily lives. The musical group was regimented as if it were a military branch, having women practicing on a strict schedule while living in a dormitory.

The Hormel Company initially required the women wear crisp, ironed uniforms that looked fresh from the proverbial barracks. These aspects all played a role in enticing female ex-GIs to join the corps by drawing on the proud military portion of their identity. 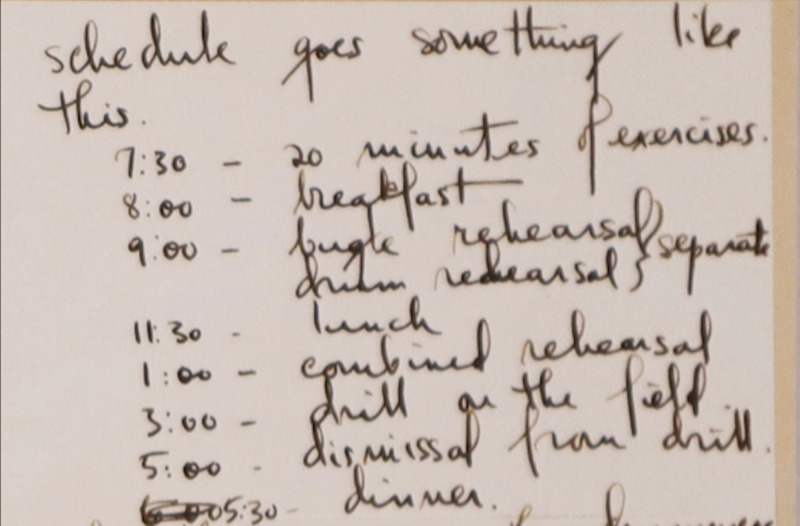 Strict schedule women in the Hormel Girls had to abide by, similar to those they would remmeber form the military. UWEC McIntyre Library Special Collections and Archives.

“The corps will live in the Eastern Military Academy dormitory, beautifully located at Stamford, Connecticut." 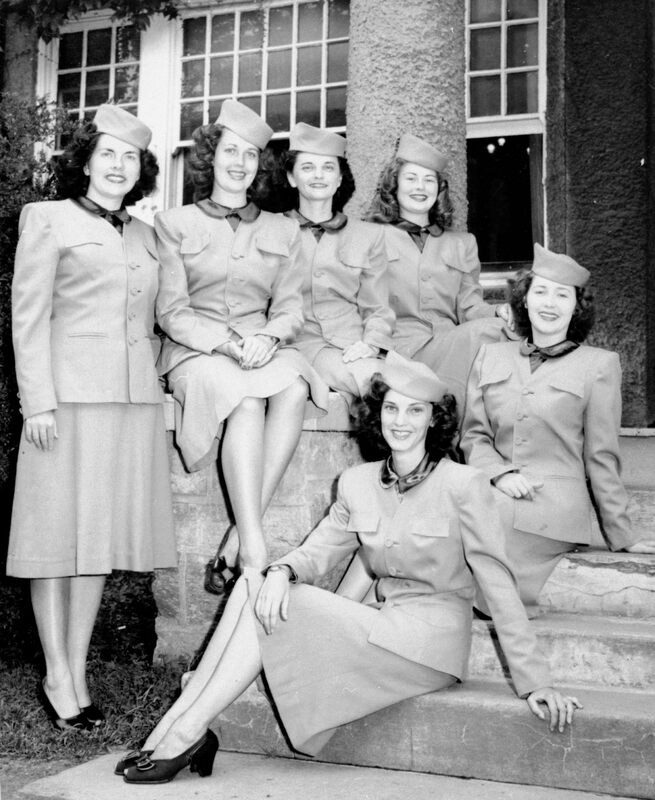 Being a veteran was an integral part of identity for the Hormel Girls. The women felt great pride in their service, and saw the traveling group as a continued expression of their patriotism and duty.

In a 1947, Eleanor Jones wrote to her parents while on the road with the Hormel Girls band. At the top of the letter she wrote in bold, circled, and underlined letters: “The Marine Corps is 172 years old to-day!" Obviously, Eleanor did not want her parents to miss her enthusiasm for the date. And while the rest of her letter did not mention the armed forces, the prominence Eleanor placed on the Marine Corps anniversary in her private coorespondence revealed just how intertwined service in the military was to the daily life and personalities of Hormel Girls like Eleanor. 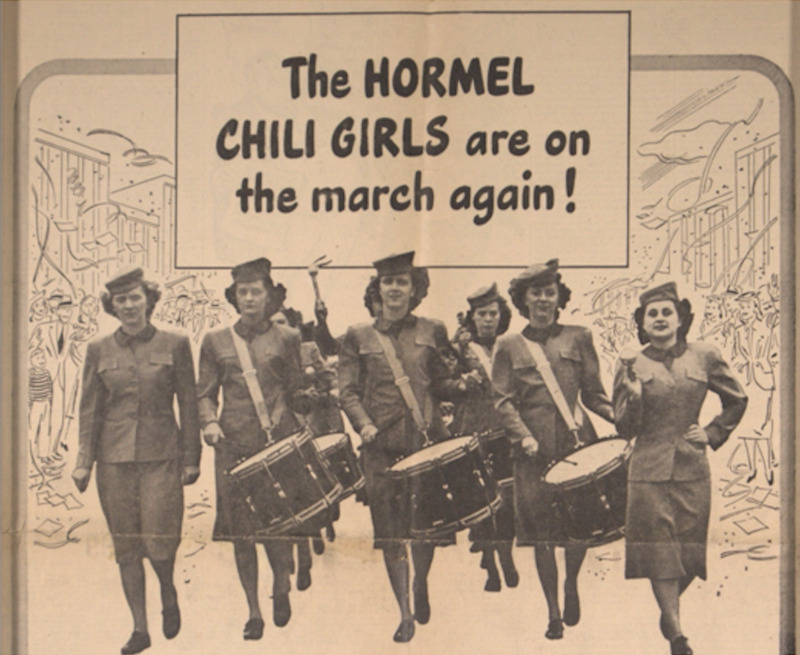 Like many other women in the United States, the Hormel Girls were struggling to find their voice in a world that told them what a woman should and should not be.  Hormel wanted these women to be symbols of femininity and patriotism, two things that seemed to contradict in the eyes of post-war Americans. 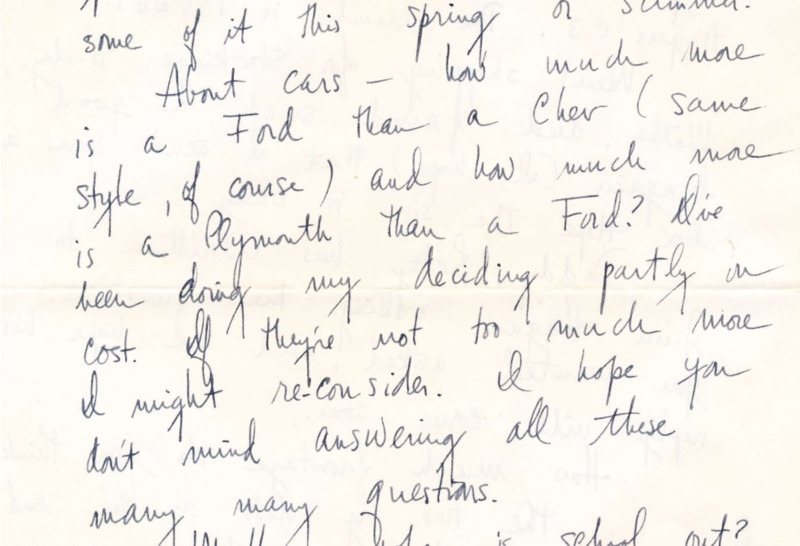 As women, society expected them to submit to authority, while as patriots, they were expected to fight for justice.

At the same time, the Hormel Girls were given financial independence and new opportunities allowing them to live a very different life than other women of the time.

The Hormel Girls needed to balance these conflicting identities while rediscovering their role in a changing world. 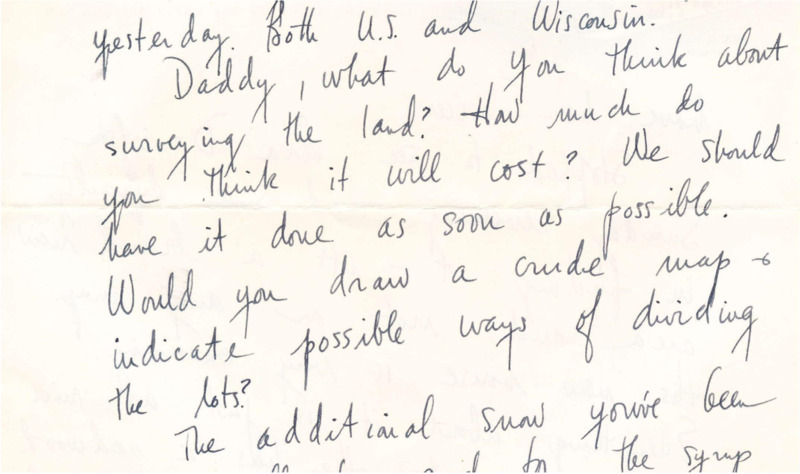 Letter from Eleanor Jones asking her dad about the cost and quality of land she is interested in purchasing, 1951. UWEC McIntyre Library Special Collections and Archives.

One of the main ways the Hormel Girls managed their new identity was through their economic independence. Thanks to their newfound income, they could afford to buy clothing, dinners, and gifts for their families. In her letters home, Eleanor Jones adheres to gender roles when she discusses her income. With her father, she asks for financial advice on buying a car, paying insurance, and purchasing land, topics seen as masculine by her society. By asking her father for help, she could maintain her independence without getting overwhelmed in a world that was made for men. 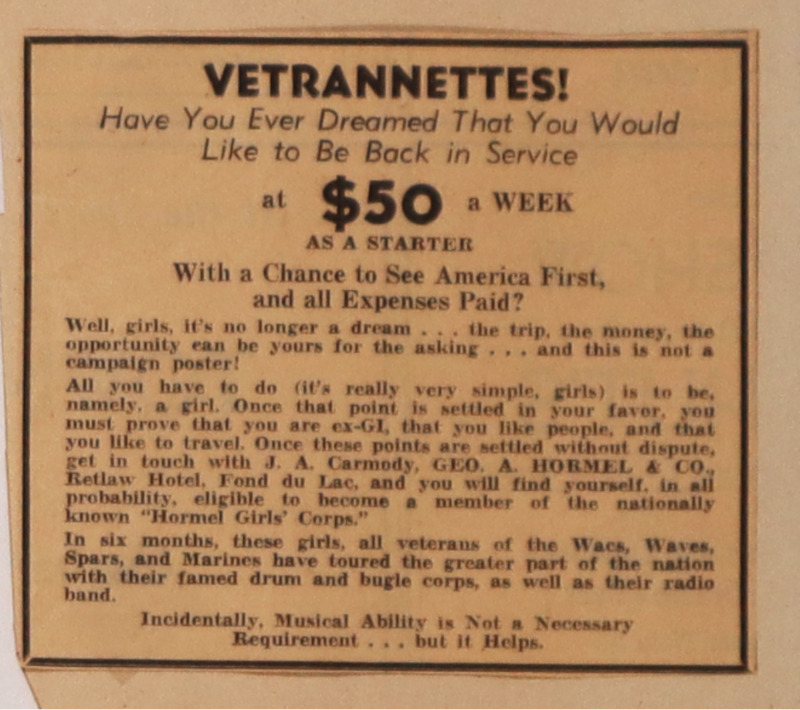 Although second-wave feminism did not fully pick up until the 1970s, the Hormel Girls showed early ideas of the movement. By working and earning their own salaries, the women demonstrated how they could move beyond the confines of the home and achieve financial independence.

They were able to purchase their own items and could be promoted to higher positions in the band. Not only were they earning their own money, but the Hormel Girls had other opportunities outside the traveling band. The exposure from the band led to other opportunities, such as a career in music. 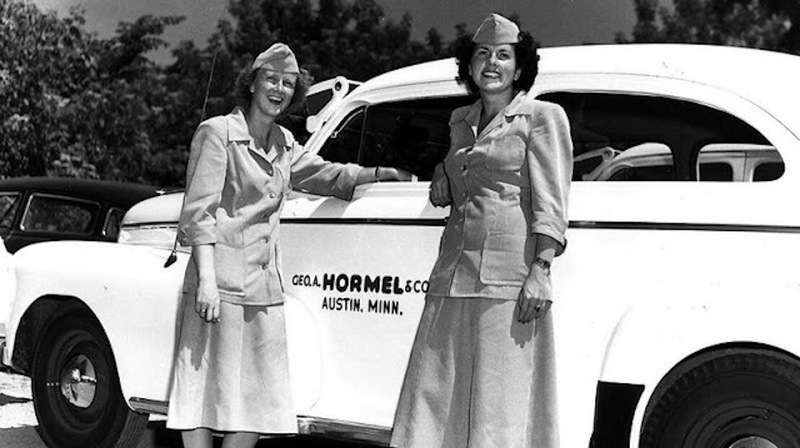 The Hormel Girls on the road, date unknown. Photo courtesey of Hormel Foods.

“They [Mr. Hormel and Mr. Bachrodt] seem to feel that we do not work hard for our money, but that it’s given to us and we do not appreciate it” 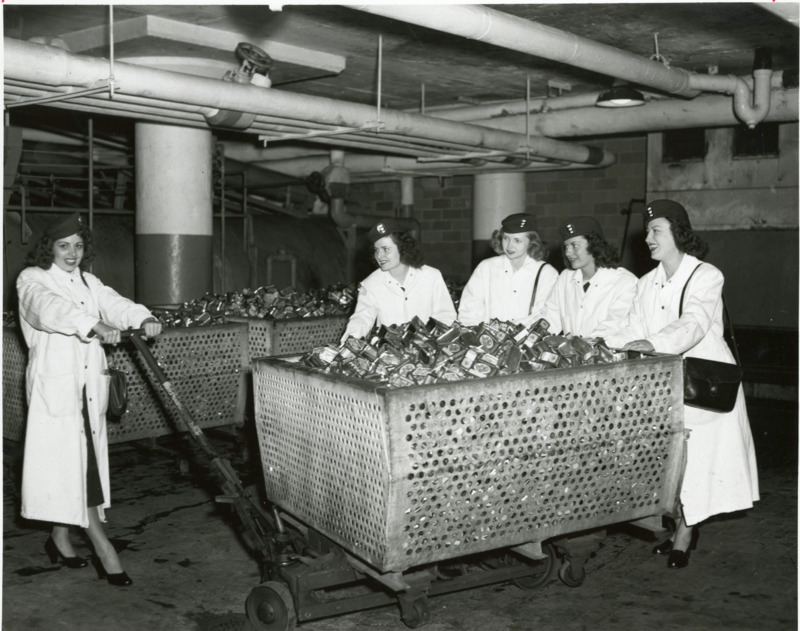 However, there were difficult sides to the job. Mr. Hormel and Mr. Bachrodt felt the women did not work hard enough and did not appreciate what they were given. These ideas overlooked the work and talent the Hormel Girls clearly demonstrated, as they put long hours into their work, traveled the country, visited hundreds of grocery stores, and rang doorbells to sell Hormel products.

At a time when women were not encouraged to have jobs outside of the home, the Hormel Girls showed the beginning of the bourgeoning feminist movement.

It is impossible to talk about the Hormel Girls and identity without acknowledging race. Initially, the all-female recruits stemmed from participation in United States Women’s Auxiliary Corps (WACS). Although there had been an African American WAC Band, only a small percentage of African American women were allowed to serve in the military in the first place, due to racial tensions that continued to plague the nation. This meant there would be a lack of representation of women of color in the Hormel Girls.

By 1950, there was one African American woman admitted into the traveling troupe. She sang with the choir and played trombone in the band, yet her name remains a mystery. She was reported to have had “light-skin,” and the lack of any further records of her speaks loudly about the ways we are able to understand the past. In a time when racial integration was taboo, a social barrier was broken, but the lack of information about her leaves many questions unanswered.

The Hormel Girls toured all over the United States, including southern regions plagued  by Jim Crow  laws that denied African Americans opportunities because of the color of their skin. The Ku Klux Klan white supremist group terrorized communities of color and enforced these laws, making travel conditions unsafe. Eleanor’s correspondence to her parents in June 1946 reveal moments of fear and intimidation due to the presence of the KKK in the south.